„In the wake of Amrita Sher-Gil” – exhibition in the Taj Mahal Palace, Mumbai

Home / „In the wake of Amrita Sher-Gil” – exhibition in the Taj Mahal Palace, Mumbai

Amrita Sher-Gil, the Hungarian borne Indian Painter, who passed away at the early age of 28, had her first and unique Bombay exhibition in the Taj Mahal Palace Hotel, Bombay on 20th November 1936. That exhibition was an important milestone, marking the beginning of her Indian artistic carrier and her wilder recognition in India. One of her paintings, exhibited, titled “Group of three girls” won the Gold Medal of the Bombay Art Society. It was the greatest recognition of her artistic activity she ever received in India during her life. The Hungarian Consulate General and the Taj Mahal Palace Hotel, Mumbai jointly commemorated this important event with an exhibition, titled “In the wake of Amrita Sher-Gil”, opened in the Taj Art Gallery on 20th November. The pieces of art, exhibited were provided by the Hungarian woman artist, Ms. Ildikó Morovszki.

The opening remarks, delivered by Ferenc Jári, Consul General of Hungary and Taljinder Singh, Chief Executive Officer of the Taj Mahal Hotel, focused on the extraordinary role Amrita Sher-Gil played and plays in the Indian-Hungarian cultural relations. The artworks of the two women painters was lauded by Mr. Anil Dharker, Columnist, Founder and Director of the Mumbai International Literary Festival. The opening ceremony of the exhibition was attended, among others, by Director of the National Gallery of  Modern Art, Mumbai Section. Deputy Director of the Mumbai Nehru Cultural Centre, Managing Director and Deputy Managing Director of Sotheby, Mumbai, Gallerists, Art Critics, and several prominent figures of the Mumbai artistic society. 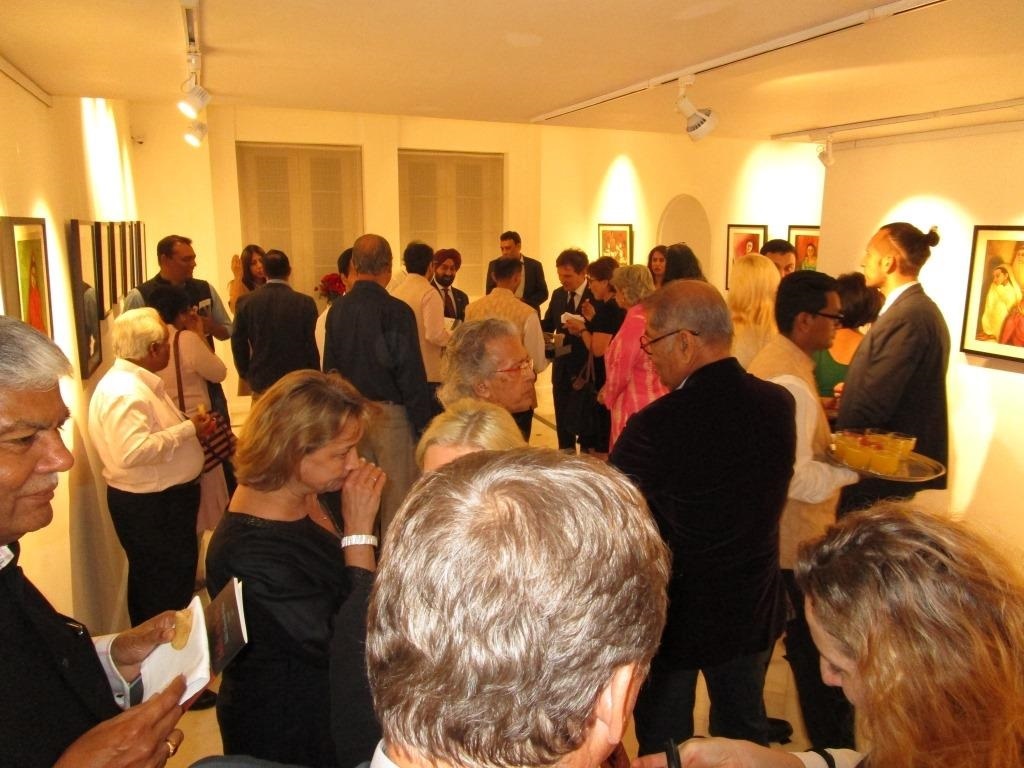